Beginning his show career in 2015, Attila took his first baby steps at the “Dressage with a View” show in Lexington, Virginia. Placing first in his Beginner Dressage test, with a score of 78.12, and second with a score of 77.5, trainer Matthew Marshall felt it was time to move up to some Eventing.

In August, they went to the “SOAR Starter Horse Trials” for their first three-phase event together. The Beginner Novice Division had 17 entries, and Attila placed sixth! Then they finished up in September at another “Dressage with a View” show, placing first in Beginner Dressage and third in Training. Encouraged by his first show season, Attila let Matthew Marshall know he was ready for the big-time: Recognized Shows!

In May, Matthew took Attila and his sister, Harwich Dido, to the Southern States Regional Morgan Horse Show in Cary, North Carolina. They were busy! Several Dressage tests put Attila in first place in First Level two times, and second place two times. Then he placed second and third in his Low Working Hunter classes. Dido was equally successful in Dressage and Western Dressage, and they both took home the most coveted of breeding awards in Sport Horse Suitability. Matthew showed Attila and Dido to the international Dressage judge, Natalie Lamping, who placed each of them first in their well-filled Stallion and Mare classes. Dido bested Attila’s score of 75.5 with a score of 76.5!

In June, Matthew took Attila to the Stewardship Awards of North America’s “Festivale of Endangered Species.” His son, Harwich Blue Ridge, was shown by Laura Nugent, and his sire, Harwich Tyrant shown by owner Judy Peterson, headed up the Lippitt contingent. They made an impressive group and were admired by all. Even the judge from England insisted on taking a group picture of them because of their beauty and similarity of type. When Matthew rode Attila in the costume class wearing an authentic VMI Cadet uniform from the Civil War, there were audible gasps of enthusiasm as the pair cantered around the arena looking very warlike indeed.

On to more serious adventures in July, “Dressage at Lexington” had over 400 entries from all over the country, and Matthew once again brought Attila and Dido for this premier event. They both placed well in their several Open Dressage tests over the weekend, and most of Attila’s scores were in the high 60s in his Training Division. The highlight of this show was the Dressage Sport Horse Group Class. Harwich Tyrant headed up the class, followed by Harwich Dido, Harwich Lalique, and Harwich Attila. The group won their class with a score of 69.15, exhibiting both type and sport horse conformation.

It seemed that a brief rest was in order, since October had great things in store for Attila. First was the 34th Annual CBLM Championships & Virginia Dressage Association Fall Competition at the Virginia Horse Center. Another show on a grand scale, Matthew showed Attila in four Training Level tests and

two First Level tests. In one of his Training Level tests, he scored a GAIG Qualifying score of 68.182. Judge Nancy Lowey remarked “Sweet team! Such a kind and willing horse!”

All the work and effort through the year paid off in spades for Attila and Matthew at the Virginia CIC2*, CCI1* and HT at the end of October. These Horse Trials were spectacular, with FEI horses and Olympic riders! Attila went Open Beginner Novice for the first time, and after a clean and breathtaking Cross Country run, he placed ninth in his division of twelve. Attila was the only Morgan at this Event, and he loved it!

In the USEF All Breeds Awards this year, for Morgans, Attila placed first in the First Level Division for his region, and fourth overall! He was also awarded the Morgan Dressage Association's 2016 Grand Champion Breeding Stallion and Reserve Champion Training Level! 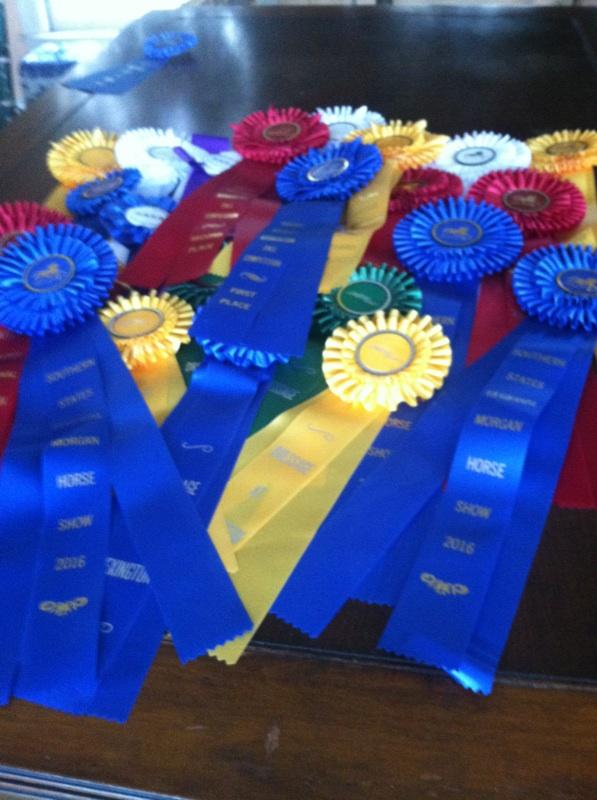 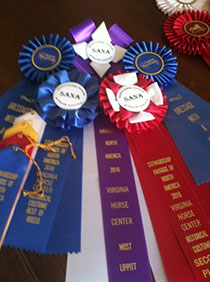 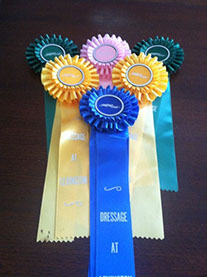 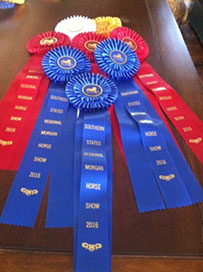 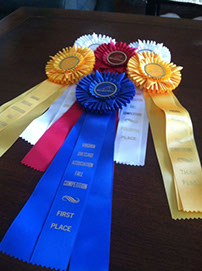 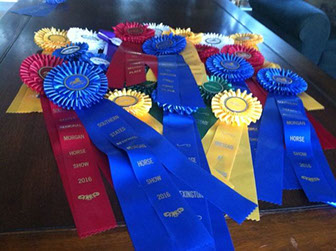